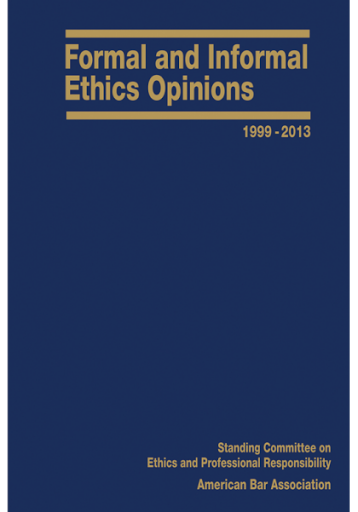 The New Jersey Supreme Court in Delaney v. Sills (A30-019) has OK'd retainer agreements that provide that all disputes between attorney and client shall be subject to arbitration.  But the court emphasizes that the fiduciary nature of the attorney-client tie requires candid explanation to the client of the advantages and disadvantages of the arbitral forum.

In the case at bar the Sills Cummis firm handed a retainer agreement to its prospective client, who the court describes as a "sophisticated businessman".  He read the lengthy agreement in the presence of a firm member, asked no questions and signed it.  But the agreement referenced the arbitration rules of the JAMS service.  The JAMS rules, contrary to New Jersey law, provide for fee shifting to the prevailing defendant.

An attorney serves in a fiduciary role with a client at the very inception of the attorney-client relationship. In that fiduciary role, an attorney has a professional obligation to explain the content of a retainer agreement “to the extent reasonably necessary to permit the client to make informed decisions regarding the representation.” RPC 1.4(c). Thus, a retainer agreement is not an ordinary contract governed by the rules of the marketplace but is a contract that must meet the high standards of the Rules of Professional Conduct (or RPCs). An attorney’s professional and fiduciary obligations require scrupulous fairness and transparency in dealing with clients -- requirements different from the typical norms that regulate arm’s-length commercial transactions between vendors and customers.

As it commonly does, the court invited participation as amici by the Bar.  The New Jersey State Bar Association, the Bergen County Bar, and the plaintiffs lawyers' New Jersey Association for Justice filed friend of the court briefs.

The State Bar - which fluctuates between its mission to preserve access to justice and its trade association function - expressed its "concern that the Appellate Division’s interpretation of RPC 1.4(c) will require lawyers to engage in “an in-depth review of legal services agreements with prospective clients” beyond the present requirement that lawyers provide “a reasonable explanation” about a retainer agreement sufficient for clients to make an informed decision about the representation."

NJAJ argued instead that "in light of the imbalance of power between a lawyer and client and the lawyer’s fiduciary obligation to the client, “mandatory arbitration clauses in attorney-client retainer agreements [are] inherently unfair and unreasonable.” The plaintiffs lawyers organization urged the Court to "prohibit mandatory arbitration provisions in retainer agreements to protect against “unwitting and uninformed prospective waivers of significant rights” by clients at the very moment they retain counsel. "

The NJAJ position - which emphasizes the principle of access to justice - posed the risk that if embraced the decision might run afoul of the Federal Arbitration Act 9 USC 2 which declares arbitration provisions "shall be valid, irrevocable, and enforceable, save upon such grounds as exist at law or in equity for the revocation of any contract."  In an ordinary "arms-length" commercial contract the Sills retainer would be enforceable, but the fiduciary duties of a lawyer are said to be more demanding.

In this novel setting the Court was careful to limit its holding to attorney-client contracts and to firmly ground its decision in well established principles so as not to run afoul of the argument that it was particularly burdening and disfavoring arbitration agreements.  Albin therefore turned to the American Bar Association's Rules of Professional Conduct which compel lawyers to reasonably consult with their clients.  The issue was addressed in 2002 ABA Formal Opinion 02-425 to which the Court turns.  The Opinion -  Retainer Agreement Requiring the Arbitration of Fee Disputes and Malpractice Claims - explains, Albin writes,  "a retainer agreement requiring “the binding arbitration of disputes concerning fees and malpractice claims” did not violate ABA Model Rule of Professional Conduct 1.4(b), “provided that the client has been fully apprised of the advantages and disadvantages of arbitration and has given her informed consent to the inclusion of the arbitration provision in the retainer agreement.” "

“make clear that arbitration typically results in the client’s waiver of significant rights, such as the waiver of the right to a jury trial, the possible waiver of broad discovery, and the loss of the right to appeal.” Ibid. A lawyer “also might explain that the case will be decided by an individual arbitrator or panel of arbitrators and inform the client of any obligation that the lawyer or client may have to pay the fees and costs of arbitration.”

The practical implications of the decision are  many.  Lawyers will want guidance in how to draft agreements. In recognition of these considerations, the court decided to "refer the issues raised in this opinion to the Advisory Committee on Professional Ethics. The Committee may make recommendations to this Court and propose further guidance on the scope of an attorney’s disclosure requirements."

As a member of the ACPE I look forward to crafting advice to the court and the Bar.