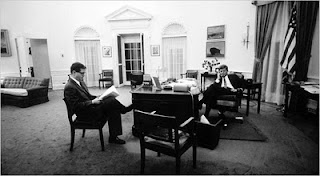 Theodore Sorensen will be remembered - correctly - for his brilliant rhetoric.  He crafted John F. Kennedy’s most famous lines.    As Tim Weiner  in his NY Times obit, observes JFK 's 1961 inaugural address  was the stuff of legend:


“the torch has been passed to a new generation of Americans, born in this century, tempered by war ”...challenging citizens: “Ask not what your country can do for you, ask what you can do for your country.” Mr. Sorensen drew on the Bible, the Gettysburg Address and the words of Thomas Jefferson and Winston Churchill as he helped hone and polish that speech.

Kennedy’s inaugural is a masterpiece of phrasing, of parallel construction, of plain statements of fact and value,as we can see in the full paragraph:


Let the word go forth from this time and place, to friend and foe alike, that the torch has been passed to a new generation of Americans--born in this century, tempered by war, disciplined by a hard and bitter peace, proud of our ancient heritage--and unwilling to witness or permit the slow undoing of those human rights to which this nation has always been committed, and to which we are committed today at home and around the world.

It was Sorensen's great good fortune that  the man for whom he wrote was up to the job.  Kennedy - the author  - attributed to his generation his own experience and virtues.  JFK had to prove as President  that he who been born to great privilege in that 20th century had in fact been tempered by war, and disciplined by a hard and bitter peace.  Kennedy did that in the Cuban missile crisis when he responded with tempered discipline  to the grossly provocative errors of  Soviet leader Nikita Khrushchev and Cuba's triumphant guerrilla Fidel Castro.  And Kennedy demonstrated his commitment to human rights when he embraced the cause of the African American civil rights movement.

Like his hero Sorensen too met the challenge of adversity.  As Weiner notes


Despite a stroke in 2001 and his diminishing eyesight, Mr. Sorensen worked on and completed “Counselor,” his memoir, over the next six years. “I still believe that the mildest and most obscure of Americans can be rescued from oblivion by good luck, sudden changes in fortune, sudden encounters with heroes,” he concluded. “I believe it because I lived it.”

Obama - Don't sit this one out

Email ThisBlogThis!Share to TwitterShare to FacebookShare to Pinterest
Labels: Barack Obama, don't sit this one out

Barack Obama travelled to Charlottesville for a last weekend rally for Tom Perriello - a first term Virginia Congressman who has stuck by the President - a tough job in the kind of District that usually has wobbly Blue Dogs if they have Democratic M.C.'s at all.  He's a trouper that Obama.
Obama in rare, late campaign stop for congressman | Reuters
Posted by George Conk at 11:11 PM No comments:


OK, I get it.  Voters are disappointed. But why do they think the Republicans are the solution, rather than the problem?


Among those who say they have already voted, Republicans led, 52%-42%; which is a reversal from Oct. 25, when Democrats led with early voters, 48%-44%. Republicans continue to lead among those who say recent information has changed their opinion about the Congressional election, 53%-30%.


In the Congressional race in 2010, for which party's candidate do you intend to vote--Democrat of Republican?

And they are disappointed with Obama


Overall, do you approve or disapprove of Barack Obama's job as President?
Posted by George Conk at 1:48 PM No comments: