Lawyers - en masse - call for Giuliani to be disciplined, suspended 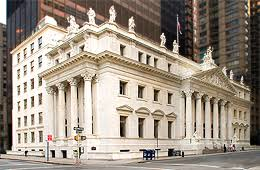 It began with the New York State Bar Association announcing an inquiry into whether it should expel the former United States Attorney, Mayor of New York, and personal counsel to a President - Rudy Giuliani.  The Trump confidant had fallen into disrepute as he played a role in the sixty failed lawsuits brought by the Trump campaign to somehow undermine the results of an election which the sitting lost by over seven million votes.  The movement gained momentum and gravity after the former prosecutor at the now notorious January 6 White House rally warmed up the soon to be riotous mob by declaring “Let’s have trial by combat.”

Donald Trump's narrow margins in a handful of states presented a theoretical path to snatch an electoral college victory from a popular vote defeat. Giuliani was coordinator of unsuccessful electoral challenges in a dozen states, according to Democracy Docket which itself coordinated Democratic Party defenses.  Things quickly went badly for Giuliani's efforts as even conservative judges spurned the efforts to discount votes.  In a key state - Pennsylvania District Judge Matthew Brann, a former GOP official, repudiated the action saying

...this Court has been presented with strained legal arguments without merit and speculative accusations, unpled in the operative complaint and unsupported by evidence. In the United States of America, this cannot justify the disenfranchisement of a single voter, let alone all the voters of its sixth most populated state. Our people, laws, and institutions demand more.

Brann was quickly affirmed by a conservative panel of the Third Circuit which wrote  “Voters, not lawyers, choose the President. Ballots, not briefs, decide elections.”

Criticism mounted but it was the January 6 rally which pushed things off a cliff.  Two carefully crafted and detailed letters to New York disciplinary authorities in the First Department of the Appellate Division of New York Supreme Court have demanded action against Giuliani.  The first was filed by former Massachusetts Attorney General and Common Cause President Scott Harshberger on behalf of Lawyers Defending American Democracy, Inc.  The LDAD complaint, co-signed by dozens of prominent lawyers, former prosecutors and judges has now garnered over 4,000 signatures.  Citing factually and legally groundless litigation to invalidate millions of votes Harshberger et al. call for Giuliani to be suspended while the "Committee... investigates".

Another complaint, filed the next day by Ronald C. Minkoff, of New York, and co-signed by dozens of prominent lawyers and academics, is brought on behalf of Michael Miller, a past President of both the New York State Bar Association and the New York County Lawyers Association.  The carefully drafted and comprehensive complaint centers on the Pennsylvania action and the January 6 "attempted insurrection". It calls for unspecified discipline against Giuliani, a New York attorney for

(i) his conduct as the attorney for Donald J. Trump for President, Inc. (the “Trump Campaign”) in an unsuccessful lawsuit entitled Donald J. Trump for President, Inc. et al. v. Boockvar, No. 4:20-CV-02078 (E.D. Pa.) (“Boockvar”) that sought to invalidate millions of ballots cast in Pennsylvania during the Presidential election, and (ii) his false and inflammatory statements (which were lent the force of law from his appearance in Boockvar), most especially his outrageous and egregious statements at a rally in Washington, D.C. on January 6, 2021 – statements which encouraged and incited the violent attempted insurrection and effort to interfere with Congressional counting of the electoral vote at the Capitol.

The Miller, et al complaint centers on violations of the Rules of Professional Conduct, particularly RPCs 3.1 and 3.3.  The complaint alleges that Under RPC 3.1 “[a] lawyer shall not bring or defend a proceeding, or assert or controvert an issue therein, unless there is a basis in law and fact for doing so that is not frivolous.” RPC 3.1(a). A lawyer’s conduct is considered “frivolous” if (1) “the lawyer knowingly advances a claim . . . that is unwarranted under existing law;” or (2) the conduct’s only purpose is “to delay or prolong the resolution of litigation;” or (3) “the lawyer knowingly asserts material factual statements that are false.” RPC 3.1(b)(1)-(3).

Giuliani is said to have violated that Rule "when he appeared at oral argument in Boockvar and spent the majority of his time claiming that the Democrats engaged in widespread voter fraud, despite admitting that he knew all claims of fraud had been dropped from the pleadings."

Rule 3.3 is cited for Giuliani's pattern of false statements before multiple state legislatures. "All of this shows multiple violations of Rules 3.3 and 4.1, given Mr. Giuliani’s numerous false, unsubstantiated and misleading statements calculated to undermine the results and integrity of the Presidential election in several key states."

His reputation and fame – the weight that his words would carry – make his violations of RPC 4.1, 8.4 (c) and (h) more serious. A lawyer of less note would not have the platform and outreach Mr. Giuliani had; he should not be permitted to use that platform to make knowingly false statements, or statements as to which he had no evidence, to support a fraud theory designed to undermine the foundation of democracy in this country-fair and honest elections. In doing so, Mr. Giuliani played a part (if not a substantial role) in inciting what would become the most egregious breach of our nation's Capitol Building since the war of 1812-a clear violation of 8.4( d). This conduct is unbecoming of any citizen of the United States, let alone a lawyer in New York State and cannot be tolerated.