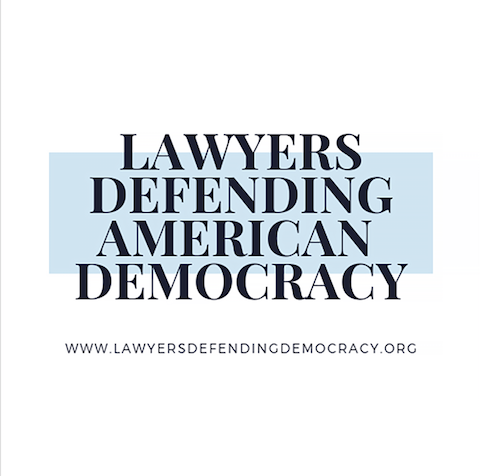 Last July a distinguished group of lawyers including  ten former Presidents of the D.C.Bar joined together to file a Request for Oversight of their comprehensively detailed demand for an investigation of the conduct while in office of the former Attorney General William Barr.  Spurned by the Office of Disciplinary Counsel, the group has now appealed to William Kaiser, Chair of the Board on Professional Responsibility to exercise the Board's oversight authority.
Lead signers include
Gershon (Gary) Ratner, Co-Founder, Lawyers Defending American Democracy, Former HUD Associate General Counsel for Litigation
Dori Bernstein, Retired Director, Supreme Court Institute, Georgetown Univ. Law Center, Former appellate attorney, Office of General Counsel, U.S. Equal Employment Opportunity Commission Charles R. Both, Law Offices of Charles R. Both
John C. Brittain, Olie W. Rauh Professor of Law University of the District of Columbia David A. Clarke School of Law
Katherine S. Broderick, Dean Emerita and Joseph L. Rauh, Jr. Chair of Social Justice, University of the District of Columbia David A. Clarke School of Law
Susan Carle, Professor of Ethics Law and Vice-Dean, American University, Editor of Lawyers’ Ethics and the Pursuit of Social Justice (NYU Press 2005)
Letter-to-Matthew-Kaiser-BPR-Chair.pdf
***This rejection of the Complaint apparently reflects a policy of the ODC with respect to certain complaints of misconduct against public figures, namely to “not intervene in matters that are currently and publicly being discussed in the national political arena.” This policy of nonintervention, however, is flatly contrary to the dictates of Rule XI which provides that the ODC has the “power and duty . . . to investigate all matters involving alleged misconduct by an attorney . . . which may come to the attention of Disciplinary Counsel or the Board from any source whatsoever, where the apparent facts, if true, may warrant discipline.” Rule XI therefore does not permit the ODC to treat a good faith complaint about unethical conduct as an improper request for “intervention” in a public matter, nor to justify the rejection on the other grounds provided to us. Beyond violating Rule XI, the ODC policy undermines the necessary confidence of the Bar and the public in the integrity of the disciplinary process governing our profession. We respectfully request the Board to declare the policy invalid and order the ODC to reconsider the Complaint and the Supplement against former Attorney General Barr. We set forth additional background and our support for our request in more detail below.
Posted by George Conk at 6:06 PM