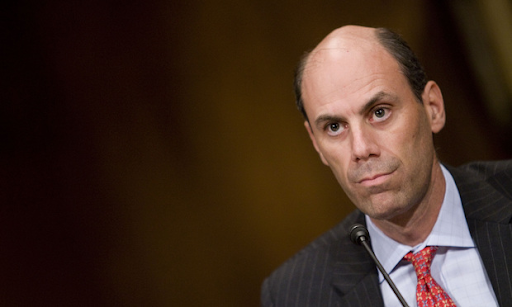 We are accustomed to the idea that attorney discipline is the province of the state where we took the bar exam and were first admitted.  The federal courts in those states routinely admit to practice every lawyer when first admitted to the bar of the state.  But every court before which we appear, and every jurisdiction in which we practice, a point made explicit by ABA RPC 8.5.

The federal courts generally defer to state licensing authority, though Federal Rule of Civil Procedure 11 makes clear that a lawyer may be sanctioned for specious arguments or groundless assertions of fact.  The limit, of course, is that it is proper to "bring or defend a proceeding, or assert or controvert an issue therein, [if] there is a basis in law and fact for doing so that is not frivolous, which includes a good faith argument for an extension, modification or reversal of existing law." RPC 3.1

Personal passion, zealous loyalty to a cause does not justify litigation.  RPC 1.1 Competence demands "the legal knowledge, skill, thoroughness and preparation reasonably necessary for the representation."  It is failure to heed that principle that led federal District Judge James E. Boasberg to refer Minnesota lawyer Erick G. Kaardal to the District's Committee on Grievances.  Boasberg had dismissed a suit brought by Kaardal, a Minnesota lawyer, on behalf of an ad hoc group called Wisconsin Voters Alliance.  The case challenged the lawfulness of the election of Joseph R. Biden as President of the United States.

Boasberg explained, in his opinion dismissing the case, that Kaardal's complaint asked the court "to declare unconstitutional several decades-old federal statutes governing the appointment of electors and the counting of electoral votes for President of the United States; to invalidate multiple state statutes regulating the certification of Presidential votes; to ignore certain Supreme Court decisions; and, the coup de grace, to enjoin the U.S. Congress from counting the electoral votes on January 6, 2021, and declaring Joseph R. Biden the next President."

After surveying the assertions of the Wisconsin Voters Alliance, the judge concluded that

"they wished only to file a sweeping Complaint filled with baseless fraud allegations and tenuous legal claims to undermine a legitimate presidential election. The Court ends by underlining that the relief requested in this lawsuit is staggering: to invalidate the election and prevent the electoral votes from being counted. When any counsel seeks to target processes at the heart of our democracy, the Committee may well conclude that they are required to act with far more diligence and good faith than existed here. The Court, accordingly, ORDERS that Plaintiffs’ counsel shall be referred to the Committee on Grievances. It expresses no opinion on whether discipline should be imposed or, if so, what form that should take."

When Kaardal appealed to the Court of Appeals for the D.C. Circuit the court appointed Matthew X. Etchemendy of the Houston Based firm Vinson & Elkins as amicus curiae to advise the court on whether Kaardal had the right to appeal the referral. In his amicus brief filed today, Etchemendy concluded that Kaardal had indeed suffered an injury by the referral, giving him standing to challenge it, but is ineligible to file an appeal because the order below - which reaches no conclusions - lack the finality necessary to an appeal.

This case, like that of Rudolph Giuliani, demonstrates the danger zone into which lawyers who challenge to the 2020 Presidential election have stepped.