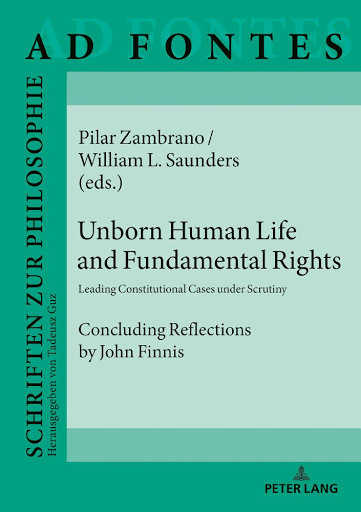 The Supreme Court has agreed to review Mississippi's banned on abortions of any fetus a physician has certified is more than fifteen weeks gestation.  The law's exceptions are narrow:

Severe fetal abnormality" is defined as "a life-threatening physical condition that, in reasonable medical judgment, regardless of the provision of life-saving medical treatment, is incompatible with life outside the womb." "Medical emergency" is defined as a condition in which "an abortion is necessary to preserve the life of a pregnant woman whose life is endangered by a physical disorder, physical illness, or physical injury, including a life-endangering physical condition arising from the pregnancy itself, or when the continuation of the pregnancy will create a serious risk of substantial and irreversible impairment of a major bodily function." Also, the medical licenses of doctors who violate the Act "shall be suspended or revoked[.]"

Amy Coney Barrett testified at her confirmation hearing that she would follow the law, not the dictates of the Roman Catholic Church, a conservative movement within which she is a long time member.  She lived up to that testimony soon after taking the oath of office, joining the majority in permitting several executions to proceed.  The Catholic Church's catechism now firmly bars resort to capital punishment.  Pope Francis declared in his encyclical Fratelli Tutti - On Fraternity and Social Friendship  “All Christians and people of good will are today called to work not only for the abolition of the death penalty, legal or illegal, in all its forms”.  True to her testimony Barrett put no obstacles in the way of legally sanctioned executions.  She dissented only in a case in which the State had refused to provide a condemned man the comfort of a Muslim chaplain.

"While mere identification of a judge as Catholic is not sufficient reason for recusal under federal law, the authors suggest that the moral impossibility of enforcing capital punishment in such cases as sentencing, enforcing jury recommendations, and affirming are in fact reasons for not participating."

Last summer in June Medical Services ,with John Roberts casting the deciding vote the court by a 5-4 vote struck down a Louisiana law which barred abortions performed by a physician who lacked hospital admitting privileges. But the death of Ruth Ginsburg whose seat at the table is now occupied by Justice Barrett has drastically changed the ideological composition of the court.

The Mississippi law firmly contravenes Roe v. Wade which allows pre-viability abortions.  This will pose a severe intellectual challenge for Barrett who listed among those she consulted on her 1998 article the prominent natural law theorist John Finnis.  Formerly at Oxford, he is now at Notre Dame.  Finnis in the conservative Catholic journal First Things recently called for the recognition of 14th Amendment personhood for every fertilized egg, making abortion unconstitutional.  Barrett, like other political conservatives, seems untroubled by her Church's recent shift to capital punishment abolition, having ratified the execution of Lisa Montgomery, a profoundly damaged woman.

But the abortion issue will be a much more profound challenge for Barrett - despite her acknowledgement in a 2013 Texas Law Review article that some cases are "super precedents" - wrong but so thoroughly embedded in our jurisprudence that they cannot be discarded.  She will find herself sitting in her chambers with a stack of briefs by bishops, and other ideological and religious confreres calling for her to spurn fifty years of precedent and reliance and act on conscience.  She will have to confront the constitutional argument for fetal personhood of her Notre Dame colleague  who is sure to be cited in briefs and celebrated by his former doctoral student Neil Gorsuch whose dissertation was written under the guidance of Finnis.