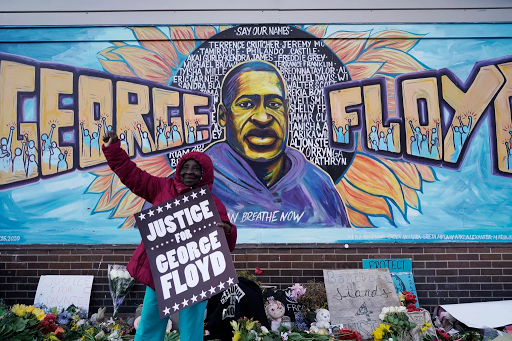 The astute former prosecutor who tweets as @legalnerd observes that there are serious issues to be raised on appeal.  Prominent among them, in my mind, are the refusal to move the trial from Minneapolis where jurors might feel pressured by the prospect of riots or social disapproval whether they acquitted or convicted; prejudicial publicity via the publicly announced $27 million settlement of civil claims by George Floyd's family.  Such arguments are not frivolous.  They will fuel those unwilling to accept the conviction as just.- GWC
Minnesota Legal Scholars Weigh In on Aftermath of Chauvin Verdict – Courthouse News Service
By Andy Monserud

MINNEAPOLIS (CN) — With Derek Chauvin in custody after his murder conviction for the killing of George Floyd, celebrations broke out Tuesday night around the Twin Cities. The verdict is far from the case’s end, though, with another trial for Chauvin’s three colleagues on the horizon and sentencing still two months away. Legal experts in Minneapolis and its closest neighbor, the state capital of St. Paul, chimed in Wednesday on the pending issues in Chauvin’s case as well as its possible impact on the future of policing.

The next big hurdle in Chauvin’s case is sentencing. Though the former officer was convicted of all charges, his sentence will be determined by the most severe conviction, second-degree murder. That charge comes with a maximum sentence of 40 years in prison, but the typical sentence is between 10 and 15 years and the recommended sentence is 12 and a half years, according to Rachel Moran, a professor at the University of St. Thomas School of Law. Prosecutors have also raised a handful of causes for an upward departure in Chauvin’s sentencing, and Moran agreed with two professors from St. Paul’s Mitchell Hamline School of Law that at least a few were a sure bet.

The five grounds cited by prosecutors for a higher sentence include that Chauvin’s crime was witnessed by a child; that he abused a position of authority in committing it; that Floyd was particularly vulnerable by virtue of being handcuffed, in Chauvin’s custody and calling out for help; that the murder was particularly cruel; and that it was carried out with the assistance of three or more other people.

Chauvin waived his right to have a jury decide his sentence at the beginning of deliberations, so Judge Peter Cahill will be evaluating all those factors.

“It’s really just a practical decision. If the jury’s going to convict him… they were implicitly finding that these aggravating factors were present,” Moran said.

Moran and Mitchell Hamline’s Rick Petry and Bradford Colbert agreed that at least the “witnessed by a child” factor was sure to apply. Several minor eyewitnesses testified at Chauvin’s trial, including a 9-year-old.

The trio, interviewed separately, differed on some other issues. Colbert said he was interested in the outcome of the “group of three or more” factor.

“It was clearly intended for gangs,” he said of the statute which created the factor. “And so if you believe the Minneapolis Police Department is a gang, it’s kind of an interesting reading of that.”

Colbert added that this was a separate legal issue from the upcoming trial of three other officers involved in Floyd’s deadly arrest, currently scheduled for August.