Priscilla Read Chenoweth was the most widely read lawyer in New Jersey for many years.  Her weekly precis of new decisions made the New Jersey Law Journal essential reading.  But she was also an impassioned advocate.  A passion she passed onto her daughter Lesley who, with her husband Michael Risinger leads Seton Hall's Last Resort exoneration project. - gwc 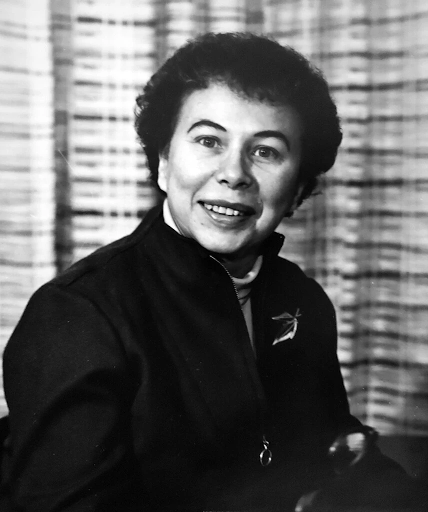 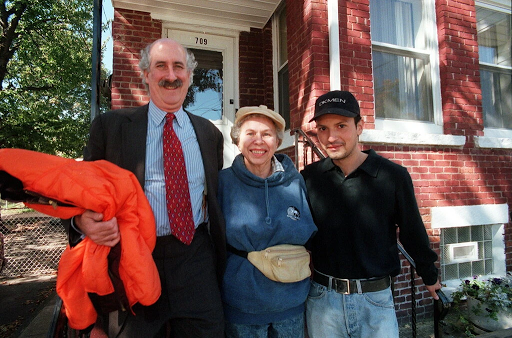 Chenoweth with the exonerated Luis Rojas and his attorney
Jethro Eisenstein

She spent seven years and much of her retirement savings to prove that a teenager had been wrongly convicted of murder.

Priscilla Read Chenoweth, a civil rights activist and lawyer who spent seven years and tens of thousands of dollars of her own money to exonerate a stranger wrongly convicted of second-degree murder, died on Feb. 16 at her home in Silver Spring, Md. She was 90.

Her son, Eric Chenoweth, confirmed the death. He said that while the cause was not known, she had recently suffered a series of strokes.

Ms. Chenoweth was an editor for a legal journal in 1991 when her daughter Lesley, a stay-at-home mother, showed her an article in a local newspaper about an 18-year-old son of Colombian immigrants named Luis Kevin Rojas.

The article detailed how, late one night in Manhattan in November 1990, two groups of teenagers had gotten into a fight in Greenwich Village. A youth wearing an orange jacket pulled out a gun and gave it to another, who opened fire on the other group, killing one person.
Shortly thereafter the police arrested Mr. Rojas, who had come into the city for dinner. He was wearing an orange jacket and, like the accomplice carrying the gun, he was Hispanic. He was convicted and sentenced to 15 years to life in prison.

The case shocked the Colombian community in Union City, N.J., where Mr. Rojas and his family lived. He was widely known there as a studious, generally strait-laced young man.

Ms. Chenoweth and her daughter, who now goes by Lesley Risinger, immediately had doubts, and as they began to dig into the facts — meeting with his teachers and family and then Mr. Rojas himself, on Rikers Island — those doubts hardened into a conviction that Mr. Rojas was innocent.

Ms. Chenoweth had not planned to make his case a personal crusade; at first, she just wanted to find him a lawyer who would take it on a pro bono basis. But none came forward at first, and she and her daughter found themselves doing the bulk of the work. Ms. Chenoweth handled the court filings and other legal maneuvers, while Lesley reinvestigated the case with the help of three private detectives.
KEEP READING