No to the Monarchical Presidency 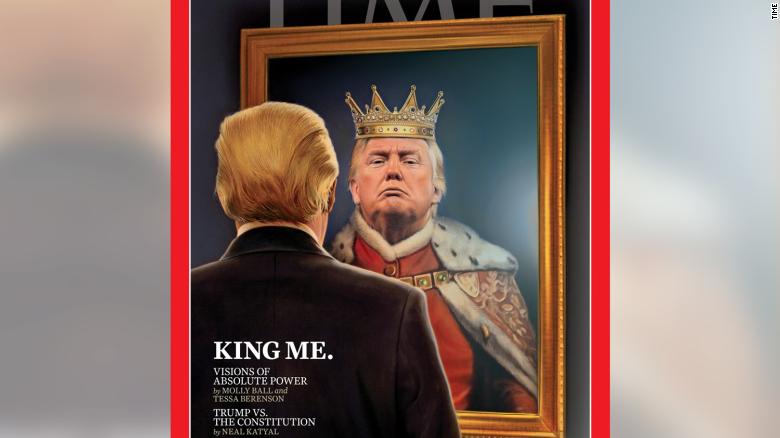 No to the Monarchical Presidency
This morning’s White House disparagement of the Office of Special Counsel’s recommendation that Counselor Kellyanne Conway be removed illustrates a deeper, more threatening point about the necessity for Congressional oversight of the monarchical presidency.  The deeper point is to be found in Trump’s recently filed brief challenging subpoenas of his financial records issued by the House Oversight Committee.

Congress has no power to subject him to conflict of interest laws, Trump argues.  This challenge, shocking as it is, may be well crafted to appeal to a Supreme Court whose conservative majority has harbored an affinity for Presidential prerogatives and hostility to the scope of Congressional power.

Article II of the U.S. Constitution twice imposes a duty of “faithful execution” on the President, who must “take Care that the Laws be faithfully executed” (§2) and take an oath or affirmation to “faithfully execute the Office of President.” (§ 3)   Who can determine what those fiduciary duties mean and whether they have been carried out?  Flawed though it may be in other respects, the Constitution as written in 1787 answers with admirable clarity.

The Congress is empowered to do all things Necessary and Proper (Art.  I, § 8) to carry out its broadly enumerated powers, such as to give flesh to what constitutes faithful execution of the laws.  And because law enforcement is the province of the Executive who could assert for himself the sovereign immunity that kings of England had claimed the House of Representatives has the authority to define and to charge the President with “high crimes and misdemeanors”.  The fear of a monarchical president pervades James Madison’s Notes of the Federal Convention, and the pseudonymous Publius “op-eds” by Alexander Hamilton, James Madison, and John Jay now known as The Federalist Papers.

Remarkably, if unsurprisingly, Donald J. Trump has now asserted the powers of the monarchical presidency.  The lawyers for Trump personally and his businesses have appealed to the D.C. Circuit Court of Appeals to overturn the order by District Judge Mehta that the Mazars accounting firm turn over  financial records of the president and his businesses, as demanded by the House’s Oversight Committee.  Trump, through his lawyers, claims the sort of immunity that Henry VIII demanded when he put his Chancellor Thomas More’s head on the chopping block.

Trump asserts in his brief in the D.C. Circuit:
[T]he legislation that the Committee is contemplating targets “an area in which Congress is forbidden to legislate.” The Committee asserts that Congress can extend federal conflict-of-interest restrictions to the President or impose more stringent financial-disclosure requirements on him. But the office of the President (like the Supreme Court and unlike other offices and courts) is created by the Constitution—not Congress. Accordingly, Congress cannot expand or alter the office’s qualifications.

Like King Henry, Trump believes he can do whatever he damn pleases.  Lest one think that hyperbolic, his lawyers go on to say

Nor can Congress interfere with the President’s “responsibility to take care that the laws be faithfully executed.”  The species of legislation that the Committee has in mind here would do both.

Looking ahead to the Supreme Court the Trump lawyers argue that the same principles apply to the high court which has exempted itself from the Code of Conduct of United States Judges.  Supreme Court Justices and Presidents, Trump argues, have the last word on what their personal conduct shall be.  It is the sort of argument that causes sleep to be lost as  Trump has now told ABC’s George Stephanopoulos that he would accept “oppo research” from foreign powers and would not report it to the FBI.   Because the power to impeach is the deepest locus of exclusive Congressional jurisdiction the House would be well advised to establish a committee of inquiry to determine if impeachment of the President is warranted.