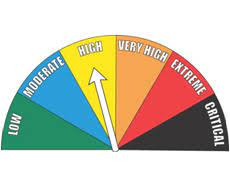 During the Trump era every day presented the opportunity for a new low.  He rarely disappointed.  But now that he is out of office and barred from Twitter the Supreme Court of the United States is vying for pole position.  They too rarely disappoint. - GWC

JAMES DALE HOLCOMBE v. FLORIDA ON PETITION FOR WRIT OF CERTIORARI TO THE DISTRICTCOURT OF APPEAL OF FLORIDA, FIFTH DISTRICTNo. 21–53. Decided February 28, 2022 The petition for a writ of certiorari is denied.
JUSTICE SOTOMAYOR, dissenting from the denial of certiorari.
An attorney jointly represented four codefendants in a criminal case. As trial neared, two of the defendants accepted plea deals and agreed to testify against the other two: James Dale Holcombe, the petitioner here, and his father, Dale Chester Holcombe. This created a conflict of interest that even the prosecutor deemed nonwaivable. Nevertheless, the trial court refused defense counsel’s offer to withdraw from representing the cooperating codefendants and neglected to conduct a detailed inquiry into the nature and extent of the conflict.
The case went to trial, and Holcombe’s attorney cross-examined his two cooperating clients, whose sentences depended on the quality of the testimony they provided against Holcombe. Holcombe was convicted, and the Florida Court of Appeal affirmed. Because this Court’s precedents require vacating Holcombe’s conviction, I would summarily reverse. ***
[T]his case concerns an actual conflict created by a simultaneous joint representation that was timely brought to the trial court’s attention. That it happened to be the prosecutor who first raised the conflict does not affect whether Holloway’s automatic reversal rule applies. This Court’s precedents hold that the duty to inquire is a duty of the trial court—not of any particular party.
***Decades ago, this Court explained that “[t]he mere physical presence of an attorney does not fulfill the Sixth Amendment guarantee when the advocate’s conflicting obligations have effectively sealed his lips on crucial matters.” Holloway, 435 U. S., at 490. The proceedings below failed to protect that core constitutional guarantee. For these reasons, I would summarily reverse the judgment of the Florida Court of Appeal.
Posted by George Conk at 11:28 AM