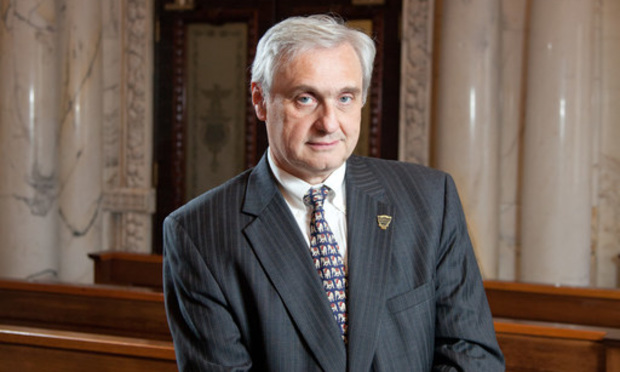 Calls for Ex-Judge's Disbarment in Lawsuit

By Alaina Lancaster | December 17, 2019 at 12:16 AM | The original version of this story was published on The Recorder


An attorney who filed a complaint over Alex Kozinski’s personal web server containing pornography more than a decade ago has sued the former circuit judge over claims the judge encouraged the court to retaliate against him.
Cyrus Sanai, who is representing himself in suing the former chief judge of the U.S. Court of Appeals for the Ninth Circuit, told The Recorder the suit is less about the $40 million he is seeking and more about clearing his name and reforming judicial misconduct procedures. Kozinski retired two years ago, heading off an investigation into claims of sexual misconduct lodged by several of his former clerks.
In Sanai’s complaint, filed in the U.S. District Court for the Northern District of California Monday, the Beverly Hills lawyer claims the judiciary knew about Kozinski’s pattern of harassment back in 2009 when the Third Circuit Judicial Council investigated Kozinski’s publicly accessible server which contained porn. Sanai’s lawsuit claims Kozinski’s colleagues on the bench helped bury the issue.
Sanai alleges that Kozinski committed perjury when he denied ever showing the sexually explicit photos and videos on the server to anyone in his official capacity as a judge. That would make Kozinski vulnerable to losing his law license.
Six years after the Third Circuit investigation, more than a dozen women came forward with sexual harassment allegations against Kozinski, some claiming he forced them to view pornographic images.
Kozinski did not immediately respond to a request for comment late Monday afternoon.
Sanai is asking for injunctive relief for alleged violation of his constitutional rights over claims the Ninth Circuit retaliated against him for filing a complaint about Kozinski’s server. The Judicial Council issued a censure order against Sanai in 2010, and he claims the Council tried to disbar him in California.
Sanai was censured for filing a possibly frivolous misconduct complaint, according to the September 2010 order.
In addition to Kozinski, the suit names a handful of judges who Sanai alleges participated in retaliation against him, including Ninth Circuit Chief Judge Sidney Thomas, and Circuit Judges M. Margaret McKeown, Ronald Gould and Johnnie Rawlinson. A spokesperson for the court didn’t respond to messages Monday evening.
Besides violation of constitutional rights, Sanai is bringing eight other causes of action in the suit including abuse of process; malicious prosecution; and wrongful use of administrative proceedings.
“Kozinski needs to be removed as a lawyer,” Sanai said. “He’s a danger to due process.”
Read more:
Alex Kozinski Returns to the 9th Circuit (as a Lawyer)
Posted by George Conk at 11:28 AM