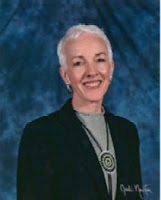 The New Mexico Legislature last week voted to replace the death penalty with life impriosnment without parole.  Yesterday Gov. Bill Richardson signed House Bill 285, making New Mexico the second state to repeal the death penalty by vote of elected representatives.  It shows that New Jersey's 2007 repeal earns it the title, as my forthcoming essay declares,  "herald of change".
New Mexico last executed a person in 1960.  State Representative Gail Chasey introduced the measure and led the effort in the legislature.
Troubled by the heavy minority poplation in the state's prisons, and the possibility of error, he nonetheless found the decision difficult.  Richardson explained in his signing statement:
"With my signature, we now have the option of sentencing the worst criminals to life in prison without the possibility of parole. They will never get out of prison.
Faced with the reality that our system for imposing the death penalty can never be perfect, my conscience compels me to replace the death penalty with a solution that keeps society safe.

The bill I am signing today, which was courageously carried for so many years by Representative Gail Chasey, replaces the death penalty with true life without the possibility of parole – a sentence that ensures violent criminals are locked away from society forever, yet can be undone if an innocent person is wrongfully convicted. More than 130 death row inmates have been exonerated in the past 10 years in this country, including four New Mexicans – a fact I cannot ignore.

From an international human rights perspective, there is no reason the United States should be behind the rest of the world on this issue. Many of the countries that continue to support and use the death penalty are also the most repressive nations in the world. That’s not something to be proud of.

In a society which values individual life and liberty above all else, where justice and not vengeance is the singular guiding principle of our system of criminal law, the potential for wrongful conviction and, God forbid, execution of an innocent person stands as anathema to our very sensibilities as human beings. That is why I’m signing this bill into law."
As in New Jersey the Catholic Church, and citizen activists like the New Mexico Coalition to Repeal the Death Penalty (picture above) made a major contribution.
Posted by George Conk at 12:32 AM