Call to bishops for civility on abortion issue 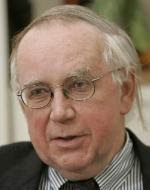 "The bishops are certainly right to condemn the moral evil of abortion and to warn us against the individualism, selfishness and greed which have had such a devastating effect on American culture and family life as well as on our financial institutions,” he said.

“But if they think they make their witness more credible and more effective by developing a quasi-excommunication of the Democratic Party and by aligning themselves with politicians who think that combining pro-life slogans with American chauvinism and exercising American military power without regard to international criticism constitutes an adequate response to evil in the world, they are sadly mistaken,” he added.

Bishops who try to make abortion the sole or overriding political issue for Catholics are “marginalizing the church’s political influence,” he said.